Every student council president needs a right hand to help them get through the school day. For Hiumi, Miyu here fills that role as her ace secretary! An extremely hard worker, she's also very fond of the president- maybe too much, though, as she has a jealous streak seeing her talk to the Tsugidoka crew. Or anyone, really... but she's still quite reliable!

In this game, she wields the yellow heart lapis.

麗しきエトワールアンジュ by shiori is her song.

As she's introduced, Miyu ushers Hiumi away from Retsu and Rinka out of jealousy, though eventually confides that her lapis had been corrupted (the method of purification being what the Tsugidoka crew were trying to tell their friend about). After Hiumi purifies her lapis thanks to Rinka finally having the chance to tell her how to do so, it seems like Miyu's love for her only grows stronger... from there, she makes other appearances in the story, nothing too important. She does show up in a sidestory, though, scared by Wolfgang as he attempts to look Not scary (per Harpya's advice). 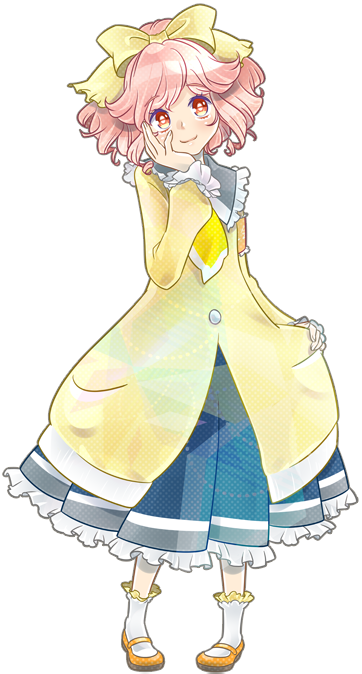 i'm so sorry her portrait is so small, the page was breaking.

She'll have to have the smallest portrait on the site, display-wise... anything more just breaks the page