It's the Electro Idol Nia, coming to you live from Lapistoria! A deeply anxious girl who prefers to be alone and doesn't like making eye contact with others, her love of music carries her through the tides of life. She has a twin brother, Toa, who supports her career in any way that he can.

In this game, she wields the purple tear lapis.

Deceptively important to the story with quite a powerful lapis [and I don't quite know if stuff happens wth her before the climax, I'll add to this later if I find anything]. After a not-so-brief bout of getting brainwashed by Lapis Origin for its goals of remaking Lapistoria, her lapis and Toa's end up being the only ones left in all the world, everyone's last hope of getting back to the Pop'n World. The only caveat, though, is that they wouldn't be able to go back themselves. Even as her brother and Tsugidoka offer to stay behind so she won't be alone, she ends up taking the 2nd lapis and sends everyone home, wanting their wishes to play Pop'n to be fulfilled...

...meanwhile, in a side story that takes place before all of this, Usanuko drags her into a battle to see who's the better idol. Nia is not at all amused and just wants to go home. Take that as you will considering what happens in the story later on.

i have to redesign her whenever i draw her
bc this is unacceptable. see to the right
(bottom of page on mobile)

If you know me personally, you may probably know that I have way too many headcanons for Nia. And I'm (not) sorry about that. Also when is Des-ROW gonna remix Anelis (or, like, make another song for her at all) 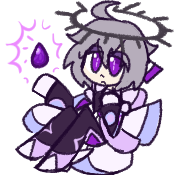